Aren't You Hungry for A Henry's?

“All Burgers come with ketchup, mustard, pickles,
and grilled onions unless otherwise specified”

All burgers come with ketchup, mustard, pickles, and grilled onions unless otherwise specified

The Brown Bag Special
A Double Cheeseburger, order of Fries, and a drink of your choice, all at a special price!

The Monster Meal
Two Double Cheeseburgers, 1/2 lb of Fries, and a large drink of your choice

The 99 Cent Munchie Of The Month
Every month, a deep fried yummy for only 99 cents!

Fried Egg and Cheese Sandwich on White or Wheat Toast
Also available with Bacon or Sausage, or both!

All other menu items are available throughout the morning.
A burger for breakfast? You bet!


* Weight is before cooking

Henry's thru the years: 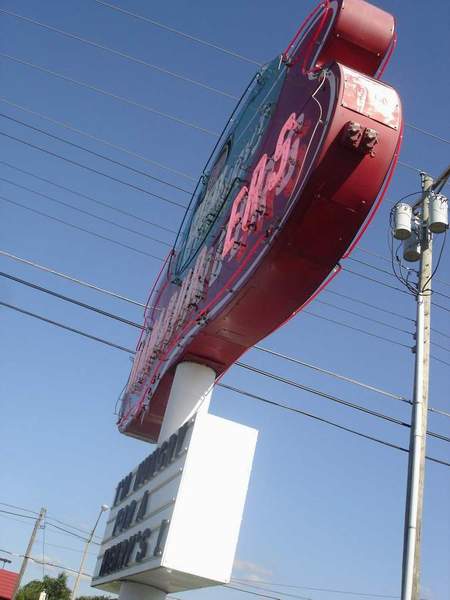 Henry’s Hamburgers began as a part of the Bressler’s Ice Cream Company’s efforts to get in on the drive inn business in the 1950’s. In the early 60’s, there were over 200 Henry’s (more stores than MacDonalds at the time!)  from coast to coast, with the operations headquarters in Chicago, IL.

Don Bishop and Harold Shook opened the Benton Harbor Henry’s in April of 1959, in the new Fairplain Plaza Shopping Center. They established a reputation for service and value, listening to their customers instead of the franchisor, which enabled them to remain in business after the Henry’s chain ceased to be a player in the 1970’s. This was strictly a carryout business until the addition of drive thru service in 1988, which now accounts for over 70% of sales.

Wayne Senecal and Dave Slavicek bought out the Bishop/Shook family in 1983, embarking on a major updating of the facility. The drive thru service system was updated in 1999. With a change of ownership in the Fairplain Plaza and an obsolete building to content with,  Henry’s decided to  build a new, state of the art “hamburger factory”, almost directly across the street for the original store. Dave Slavicek bought out Wayne Senecal in 2006.

Since 1959, Henry’s Hamburgers has been delivering “A Great Tradition of Better Taste”. Chili Dogs, Hot Dogs, and Fish Sandwiches are available in addition to Hamburgers, Cheeseburgers, and the great tasting Double Cheeseburger. Deep fried Shrimp and Crispy Catfish are available by the 1/2 pound, as well as Onion rings, Mushrooms, and French Fries.

Every month we feature a different 99c Munchie of the Month to add variety to the menu without overloading the staff.

Fried Egg Sandwiches with Bacon or Sausage are available in the morning, as well as all other menu items. (we sell a lot of hamburgers before 11am!) In addition to a wide variety of Pepsi products, Henry’s features great Shakes and Frozen Pepsi and Mountain Dew to cool off a hot day.

In 1987, long before “value meals”, Henry’s introduced “The Brown Bag Special”, a Double Cheeseburger, order of Fries, and a Pepsi for a special price. The Brown Bag accounts for over 50% of Henry’s daily sales.

The real key to our success is our fine group of employees. We have been able to compete against the National Brand hamburger companies by retaining that “hometown hangout” feel, and by being a little quicker and more innovative in new product offerings than the “big boys”.